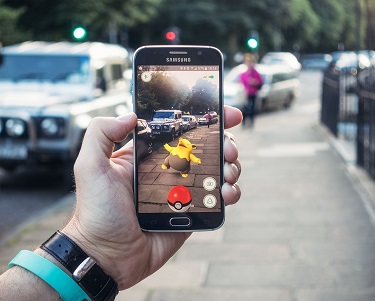 The concept of augmented reality appeared in the year 1901 when author L. Frank Baum wrote in his novel The Master Key, the idea of AR; to which electronic glasses mapped data onto people through a “character maker” device.

A more recent example of AR technology is the game “Pokemon Go” which was released in July 2016, it has given new dimensions to AR-based games.

What is augmented reality technology?

Augmented reality is defined as “an enhanced version of reality where a live direct or an indirect view of a physical, real-world environment whose elements are augmented by computer-generated sensory input over a user’s view of the real-world, thus enhancing one’s current perception of reality.”

Marker-based AR requires a marker to activate an augmentation. Such markers can be paper-based or physical objects that exist in the real world. Augmentations related to the marker enhance the image or object

Jessica Lowry, a UX Designer, who wrote for Next Web says “AR is the future of design and we tend to agree. Already mobile phones are such an integral part of our lives that they might as well be extensions of our bodies; as technology can be further integrated into our lives without being intrusive (a la Google Glass) – it is a certainty that augmented reality provides opportunities to enhance user experiences beyond measure”

With virtually (pun intended) unlimited possiblities, from medical to education, AR will improve the quality of work, expand the user-experience and help to create amazing new applications, augmented reality has a promising future in our lives.